The household needed a simple power adapter for local LED lighting.
What are the problems? Ordered, waited, picked up.
Nothing foreshadowed a detective review…

The box was packed well, inside there were white boxes with unmarked blocks (ordered 2 pieces).

It turns out that the real power of the power supply is about 10W … .
This fact made me immediately disassemble it, where Chinese surprises were waiting.

Output cable resistance – 0.316 ohms (measured by E7-22).
The board looks pretty decent, in stock: a getinax single-sided printed circuit board, a protective fuse 8A/250V, a short-term voltage surge limiter (470V varistor), an inrush current limiter (10 Ohm thermistor), an inductive noise filter, two storage tanks – one before the filter (10uF / 400V), another after (33uF / 400V), PWM controller with built-in TH203H power supply (12W), feedback via 817B optocoupler, Schottky rectifier, output filter, output smoothing capacitors – two before filter 680uF / 16V and one after (470uF/10V). STOP. What are these 10V? Where does the 10V capacitor come from? With an output voltage of 12.65V, it is necessary to set the capacitances to at least 16V, and preferably 25V. I disassemble the second power supply – everything is the same … 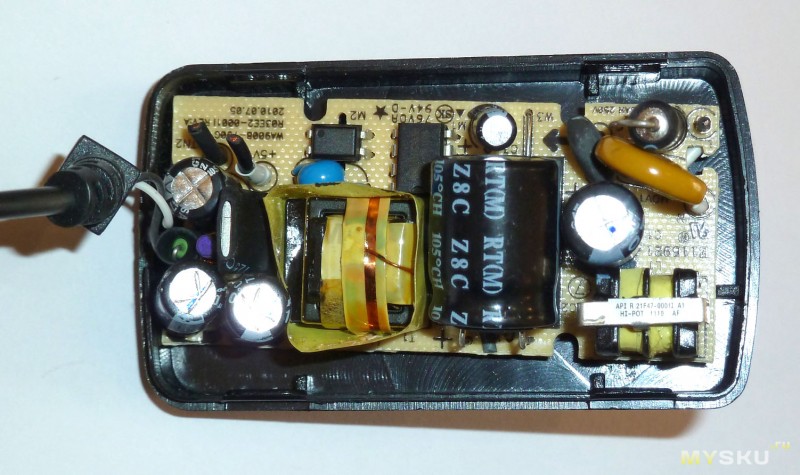 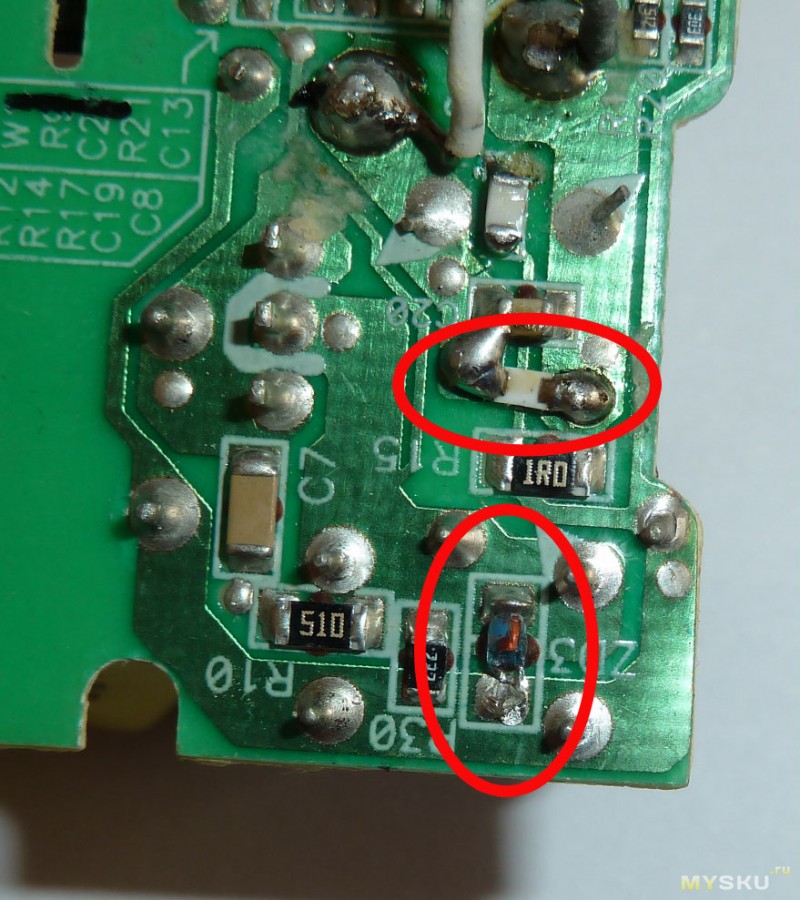 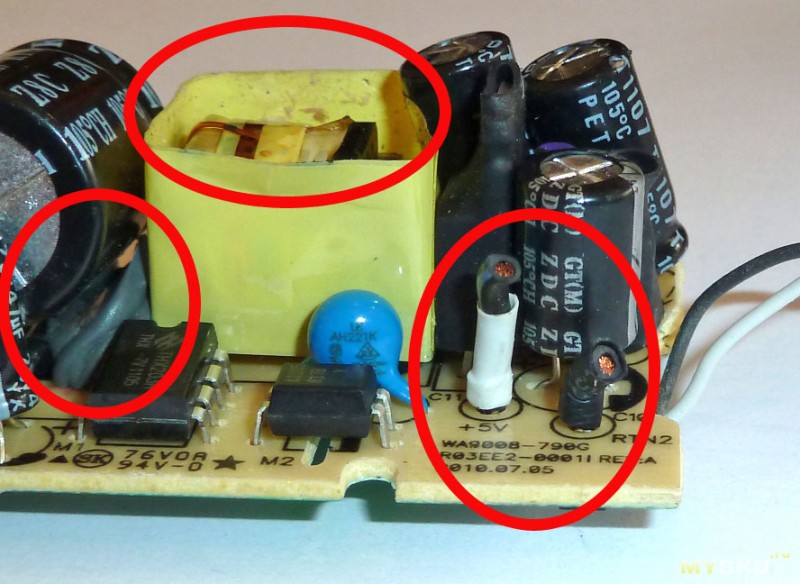 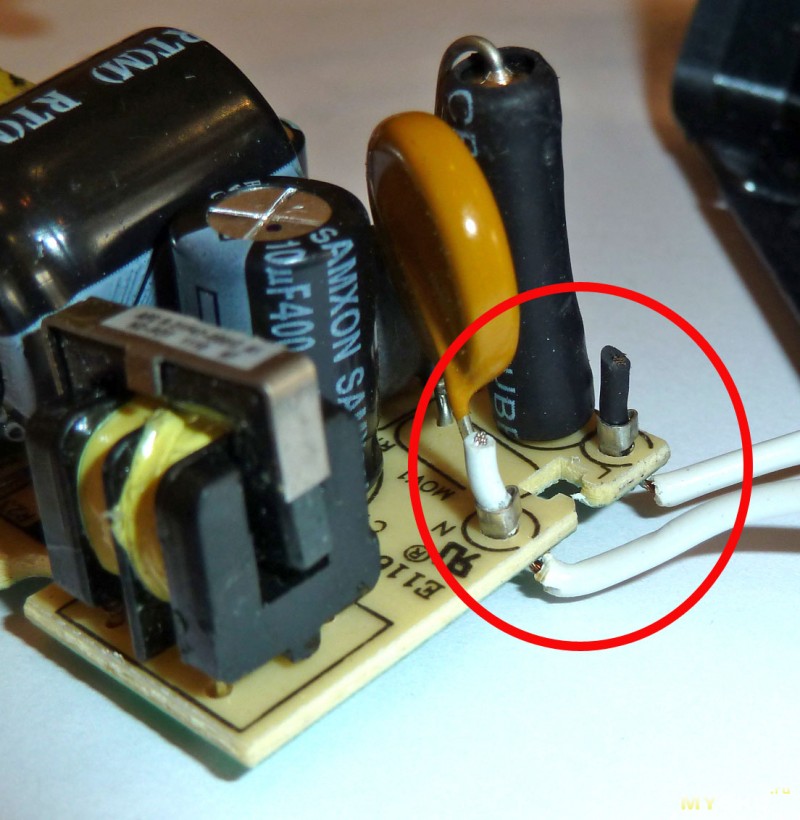 I’m starting to figure out what’s what, and in the end, it turned out that this PSU was assembled from another 5V 2A PSU using a voltage overclocking method. Apparently, the 5V power supplies that were lying around were no longer in demand, and an enterprising Chinese decided to remake them and sell them as a popular 12V 2A.
Now how it is done: a normal working 5V PSU is taken, the converter board is pulled out – in this case, the board itself and some elements receive mechanical damage (thermistor is chipped, the printed circuit board is broken, the 33uF / 400V capacitor is torn off from the sealant). Next, normal thick wires are bitten off, a protective zener diode for power is bitten off, a couple of resistors in the voltage regulation feedback circuit are changed and placed in another case. The board was lying somewhere in sawdust – on the adhesive tape of the pulser, they were completely glued.
Total we have increased voltage from the same converter. And the fact that some elements are not designed for such work is apparently of no concern to anyone.
And now the 470uF/10V output capacitor is running at 12.65V. How long will he work? – at best, until the first good warming up of the insides.
The built-in silovik is not better either – now the voltage amplitude on it is much higher than the norm, because. the transformer remained five-volt, and the converter was a flyback.
To the heap, at the output of the converter there is a 100 Ohm SMD resistor, which during operation constantly heats up by 1.6 W and noticeably heats up the cramped block (circled in red in the photo).
Without it, the block without load is unstable – the voltage jumps.
To check, I unsoldered the feedback resistor additionally soldered on top (signed R18) – I got the same initial 5V at the output.

Conclusion: it is strongly not recommended to take this power supply!
I will remake the purchased https://jiji.ng/ajah/cars/cadillac-cts PSUs for something, and I will give the seller a well-deserved reward.